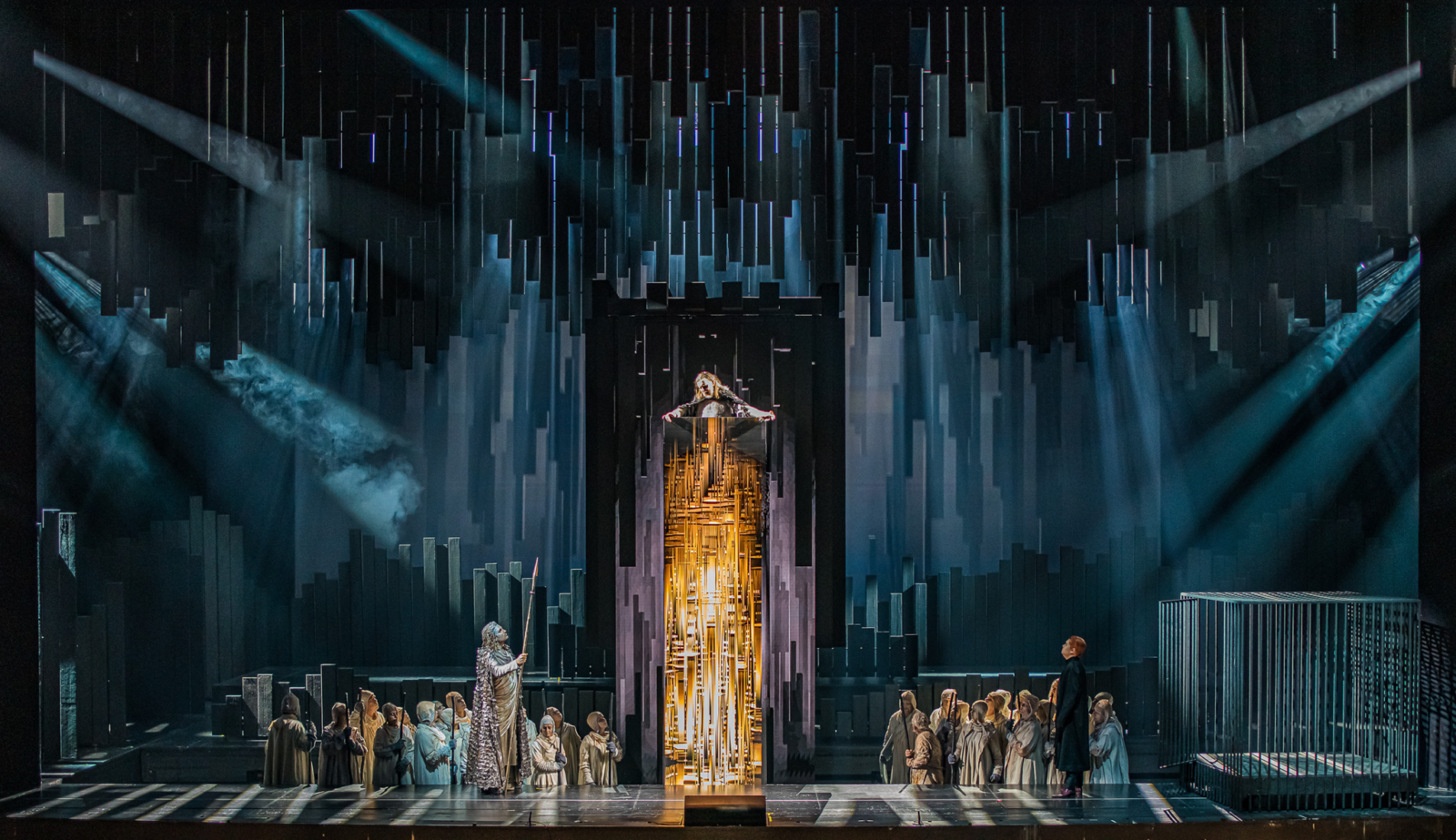 The Nibelung ring, or Ring, is Richard Wagner’s four-part opera ensemble, the first part of which was undoubtedly the Finnish National Opera’s most anticipated work in autumn 2019.

msonic’s Johan West has been intimately involved in the production as a Hippotizer and video expert. Johan and I went behind the scenes of Reininkulta (Rheingold) before the premiere, and met the decor, light and video designer Mikki Kunttu, video operator Heikki Riihijärvi, and light operation master Kimmo Ruskela.

Planning for the massive Reininkulta production began a few years ago when Mikki Kunttu approached Johan with his drawings. They considered how to put the artistic idea into practice.

“It was up to us to make Miki’s vision happen. Mikki is known for always making big pictures and using a lot of smoke and light. He has always been good at supporting performances with visual expressions,” observes Heikki Riihijärvi.

“The Ring production’s complexity is quite exceptional. A ‘once in a lifetime’ opportunity for the designer and a huge challenge. Wagner’s music is incredibly theatrical, narrative, texturized and fascinating. Alongside the music, the story’s universality touches audiences through strong images. I think that Ring came at the right time in my career. The process has been inspiring,” says Mikki Kunttu. 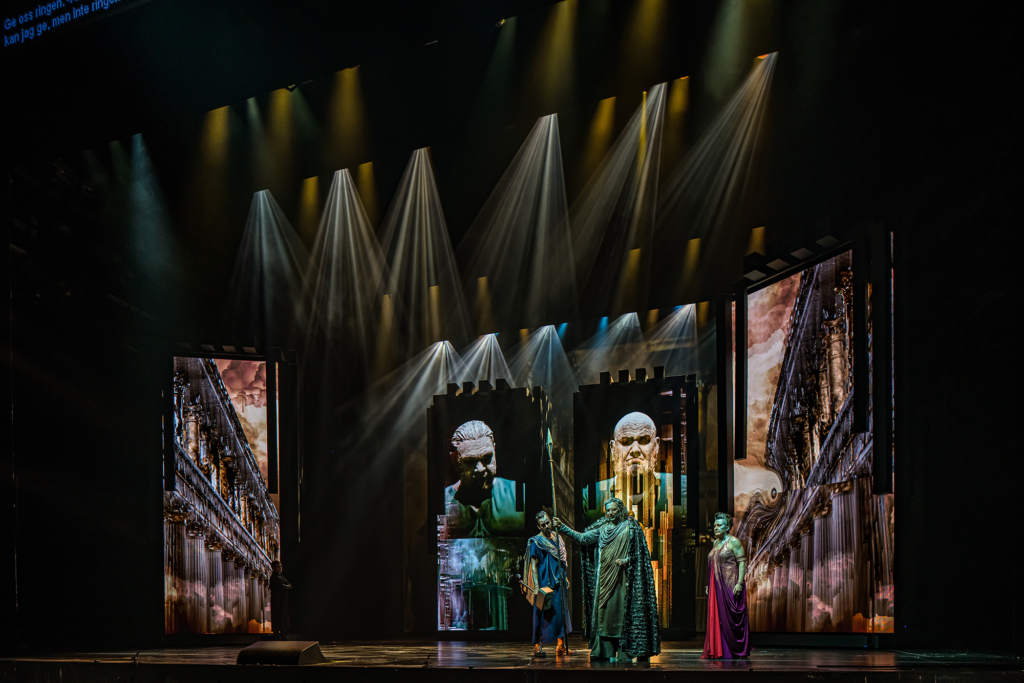 The videos and lights were centre stage for Reininkulta. Videos were reflected in, for example, six-meter high towers.

Massive production poses its own challenges

Mikki Kunttu explains that the challenges included it not being just a single production, but that the design had to consider the interrelated basis of the four major productions. The municipality describes it as an “opera ultratrip.”

“From the very beginning, the objective has been to create a visual master concept over four parts. I believe that the solution based heavily on-screen production has been the right one. The Ring itself also emphasizes theatre basics such as 3D space editing, presence and expression, and, of course, the great power of music as a foundation.”

“At a more technical level the process has been challenging yet rewarding with the National Opera team who know technical design. Working with my old buddy Johan West from msonic has put the screen and media server tech in the best hands from day one.”

“We had to think long and hard about how to get the power and cables into the towers. Another challenge was that the elements rotated and moved a lot. Finally, we found a workable solution,” says Ruskela. 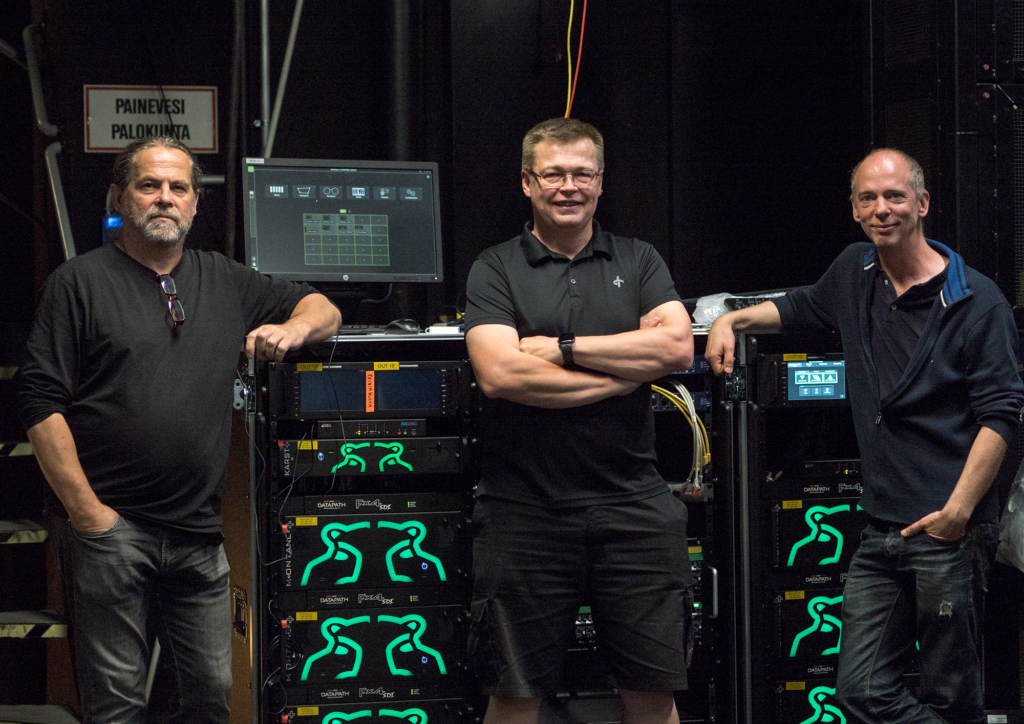 Equipment must be trusted

Hippotizer V4+ media server and led screens have already been involved in several Finnish National Opera and Ballet productions. Its reliability has received praise from Riihijärvi, Ruskela and Kunttu.

“Since media servers and led screens were a big investment, we wanted durable technology, the LED screen will need to last about ten years, so it needs staying power,” says Riihijärvi.

Johan West was involved in the acquisition of LED boards. After lengthy research, ROE CB3 screens were selected.

“I did a lot of research to find LED screens which meet the production’s quality requirements. I sought latency of processing and repetition of colours with very dim saturation. I must take quality requirements into account within the available budget, so that equipment also meets the needs of future productions as much as possible.”

Riihijärvi and Ruskela emphasize that in the busy world of opera and ballet, equipment’s reliability is key. Intervals between rehearsals and performances are tight, with just a few hours in between. Which means there’s no time for equipment malfunctions.

“Risk management is an extremely important part of our work. You have to be able to trust the equipment and have backup,” says Ruskela.

Mikki Kunttu also says that Hippotizer is a good fit for his working method.

“I have a really long history with Hippo. We have seen several Eurovisions, plus dozens and dozens of other productions. In this sense, Hippo’s hands-on layer system, and particularly live programming options, have become really important over the years. My style is to make a lot of changes and experiments on the go during exercises, and Hippo is practically the only option for this way of working.” 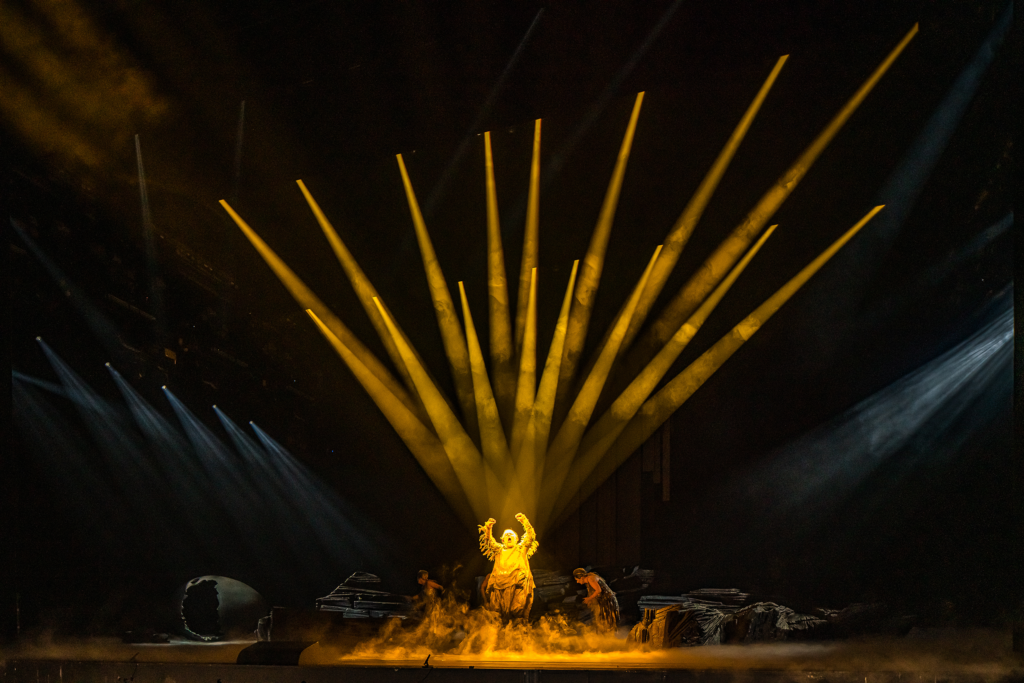 THE VIDEO TECHNOLOGY PROVIDED BY MSONIC FOR REININKULTA: