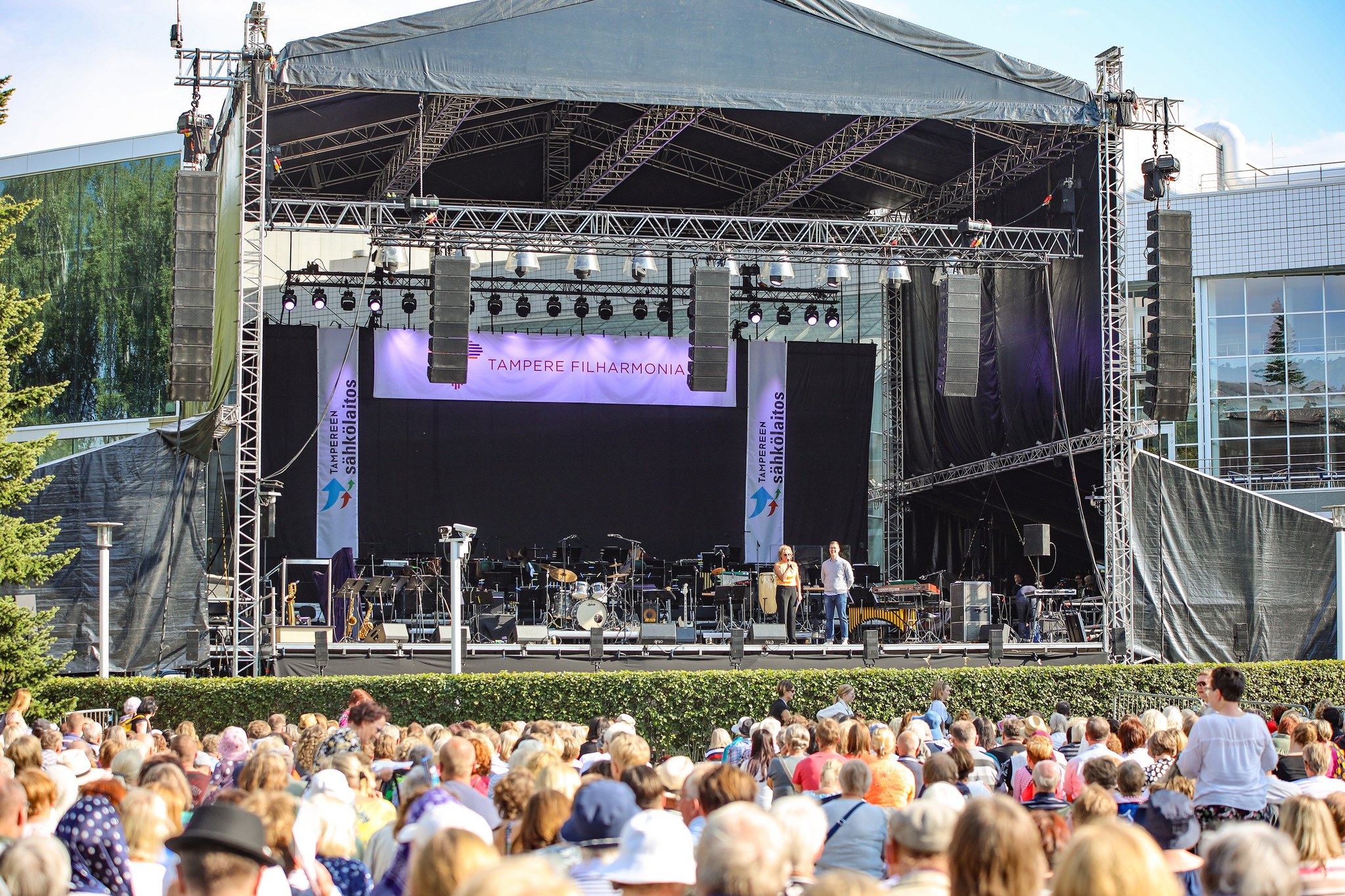 The Philharmonic Park Concert, organised by Tampere House and Tampereen Sähkölaitos, made history in 2019 when the d&b Soundscape sound system was used for the first time in Finland on such a large scale.

Tampere House AV technicians Hansel “Sidi” Mäki-Laurila and Kai Saastamoinen admit having had a few butterflies in their stomachs.

Saastamoinen says he got the idea of using Soundscape at the Park Concert a year ago, having been impressed by the Soundscape Demo at the ISE exhibition.

With Soundscape, the whole audience has pitch-perfect orchestra sound

Akun Tehdas acquired d&b audiotechnik’s Soundscape system from msonic Oy, where Reima Saarinen and Tero Hölttä prepped the Aku Factory for its use. Although the system had only been used for a few smaller events before the Park Concert, Samuel Merisalo, System Technician at Akun Tehdas, remained upbeat about the evening ahead.

“The prep work has taken a couple of days. You know, measuring and making plans… also some time making the actual design. One day was spent building, yesterday was tuning and training, and today setting up the band’s microphones,” says Merisalo matter-of-factly. 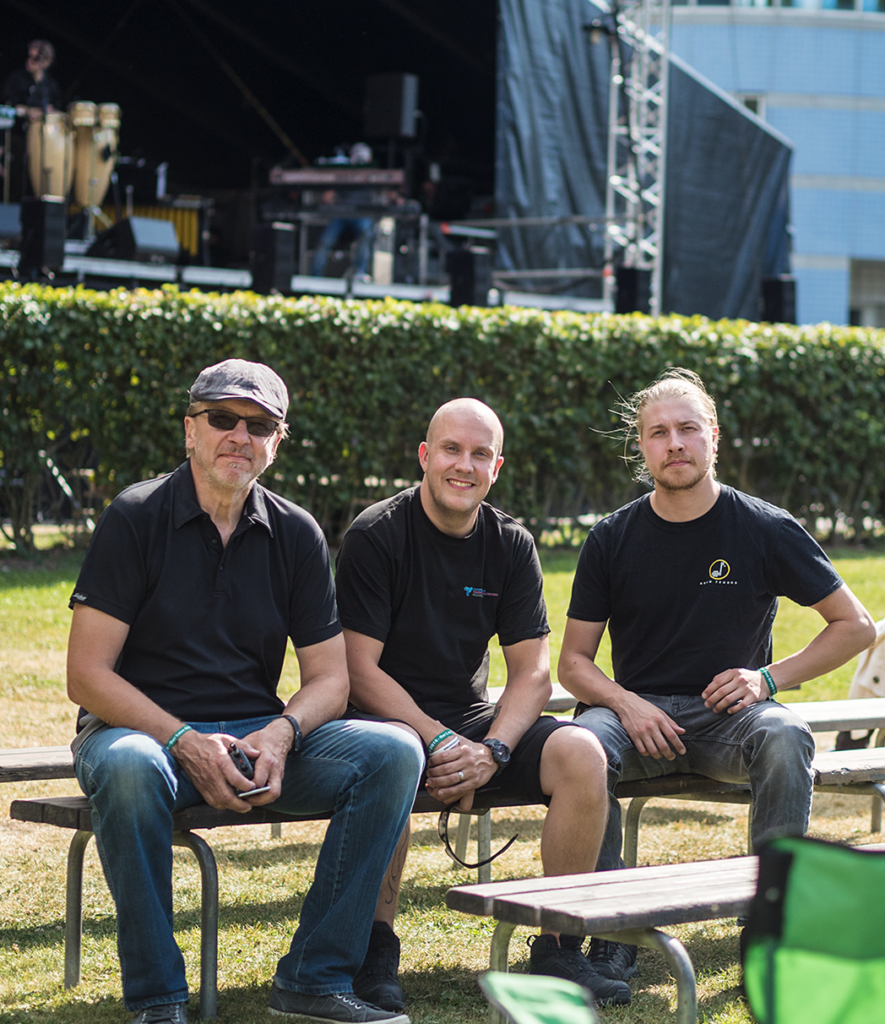 With traditional sound systems, just a few seats in the middle of the audience get the best sound. Yet Soundscape’s localization audio sources make optimal listening across a much wider area.

“Want to hear how the localization of audio sources works? Then look for a listening point within 50 meters of the stage and listen to the differences created when various instruments are put into different places. Obviously, the further from the stage the narrower the sound localization. With localization, the orchestra sounds great for the whole audience – which is a big advantage,” Samuel Merisalo explains.

What does Soundscape mean for a mixer?

Sidi Mäki-Laurila, who is responsible for mixing the Park Concert, was initially nervous about Soundscape’s impact on his work. There are many differences compared to the traditional left/right system. But when he started pre-planning and checking out Soundscape’s easy-to-use features, he was soon converted.

“When mixing with Soundscape, advance planning is key. It’s important to perform a graphical object layout before the soundcheck, and record instrument groups on their own tracks to check with the complete system. That’s why I took a recording in the hall during an orchestral exercise where, for example, the string instruments were on five tracks: violins one and two, altos, cellos and contrabass. With a Soundscape group layout, you leave behind the left/right world mindset,” says Mäki-Laurila.

“The biggest impact has been the ease of bringing out different groups of instruments. For example, woodwind instruments’ nuances are already present. So, there’s no need to retrieve anything or compromise on sound unlike the old left/right system, when there is such a big machine on stage. With good pre-planning, there is less work when mixing, which makes work much easier,” he adds. 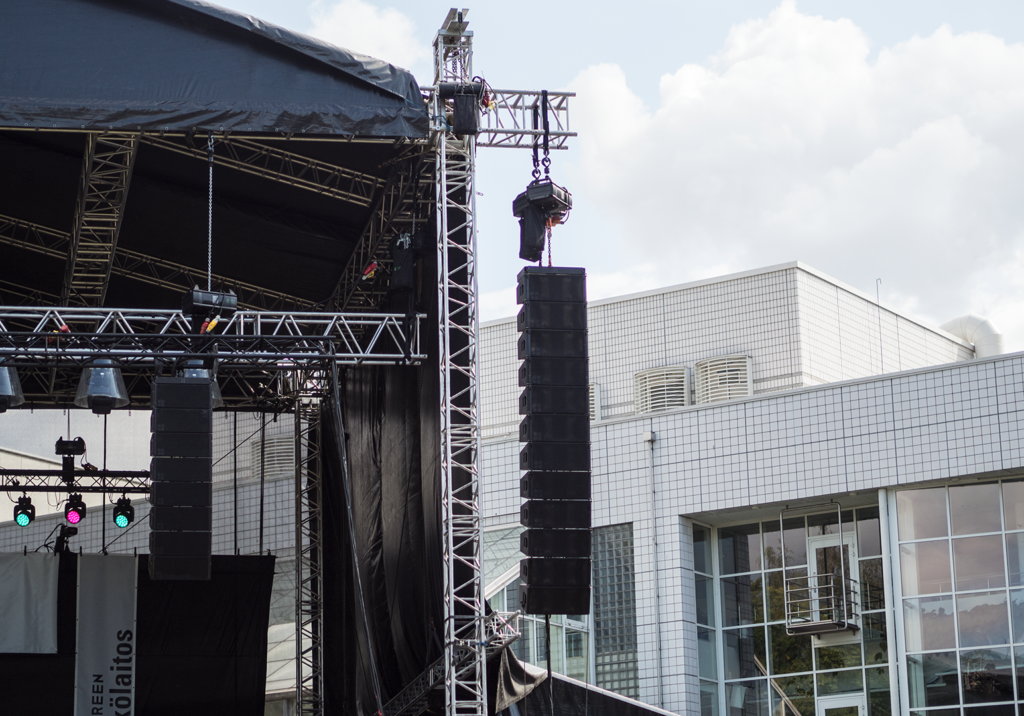 THE CONCERT USED D&B Y AND V SERIES AS SPEAKERS. “EACH OF OUR 93 TERMINAL CHANNELS HAS ONE SPEAKER. BIGGER ARRAYS ARE V-SERIES, THERE’S 12 OF THEM PER SIDE. THERE ARE EIGHT Y SERIES ARRAYS IN THE MIDDLE. THEN FOUR DELAY TOWERS AND SEPARATE POINT SOURCE CHANNELS OUTSIDE,” SAYS MERISALO.

Wise up and try it

“Tell your colleagues to try! Be brave and try this fabulous new advance, I strongly encourage seeing for yourself,” concludes Saastamoinen.