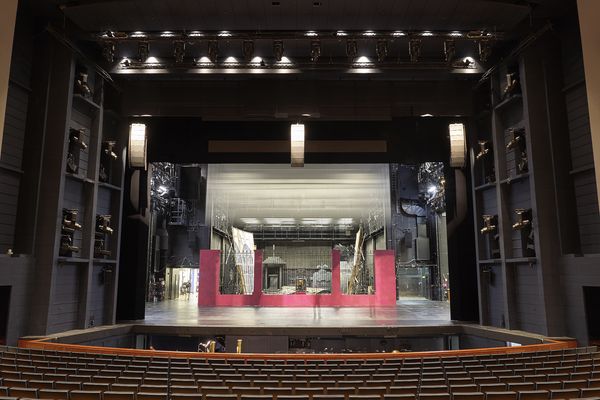 Improving on the previous system – as well as a move into musical theatre and surround sound – was behind the complete refurbishment of the audio systems at this prestigious venue.

Because much of opera is not played out in the listeners’ native tongue, the story is not solely communicated through the sung libretto: acting, singing, scenery and lighting all play a part – and it’s reasonable to expect that the audience will at least have made some cursory investigations. It was with all that in mind, and the added potential of a deliberate drive into contemporary musical theatre, that specialist opera consultant Santtu Sipilä was first engaged with a complete refurbishment of the Finnish National Opera (FO) in Helsinki. “This was not some simple tale of transition through technological update,” says Sipilä. “We were asked to transform the sound reinforcement system at the opera house by considering the needs of all those influences.”

Sipilä assembled a small team; he would develop the master plan founded upon Q-SYS network control throughout the entire facility, while Reima Saarinen, assisted by Timo Liski, designed a completely new loudspeaker installation based upon the full catalogue of d&b audiotechnik. Liski summarises the brief: “No matter what the production, musical theatre or opera, and however elaborate the lighting and set design, we needed to be able to reconfigure the loudspeaker system to accommodate many differing formats without any compromise to the listening experience of the audience. That might sound simple, but it was not.”

The needs of the FO were complex. It maintains an enormous repertoire (more than 100 productions) and now also wanted to present musical theatre and modern dance productions with surround sound. Expectations were high and the opera house outlined a very realistic budget.

Says Liski: “A d&b Q-Series system had been installed quite some time ago so they already had long experience of d&b loudspeakers – so our primary recommendation of sticking with that manufacturer was an easy choice for them. It also meant we could use the old loudspeakers redeployed to a monitor role.”

There were then essentially three needs to be fulfilled. “Firstly, when we drew up the specific system design, ArrayProcessing did not yet exist, in fact the Y-Series loudspeakers we specified for mains left, right and centre, had not yet gone into production either. But we knew from d&b that both were coming, and the specification of Y-Series fit the needs to the auditorium in many ways. We knew the coverage data would be accurate, and we were very comfortable with the performance figures in terms of output.

Speaker size was a more critical factor. “With so many productions in repertoire the bulk of the enormous stage lighting system needs to stay in place. That places strict limits on available speaker hanging points,” he continues. “By selecting Y-Series we had a loudspeaker that was physically no bigger and took up no more space than the old Q-Series.” Although the speaker positions were not ideal, “they did allow us to place the Y line arrays in a position that ensured coverage to every seat.”

All d&b equipment was to be provided through msonic oy, the d&b sales partner for Finland, overseen by director Mikko Palomäki and Tero Hölttä. These men have long established relationships with the opera house.

Although D80 amplifiers were initially specified, the team then heard about the new 10D and 30D installation amplifiers. “In terms of cost that brought things down; it also meant that we could seriously consider adding amplifier channels to implement ArrayProcessing across all line array elements. The installation amplifiers were no compromise to the performance of the system: in fact they brought other benefits. With 10D and 30D you can use four analogue and four AES3 digital inputs simultaneously, an option you don’t have on the D80.”

Thirdly, implementation of ArrayProcessing would enable bring benefits across the whole space: “If the sound system delivers homogeneously, as enabled by ArrayProcessing, then the room will respond in similar fashion, just as the original acoustic design intended. That makes it very natural sounding.

“In a more detailed example, there is an orchestra pit hard up against the front rows of the audience. At the lowest trim the bottom cabinet of the L/R system is 7m from the front row audience. While we can use ArrayProcessing to maximise the listening experience in those front rows, the bigger gain is in being able to take away energy, across a broad spectrum, from what goes into the orchestra pit. With upward of 100 open microphones in there that’s a really significant benefit. The same applies on stage, so the performers hear only their monitors (for musical theatre) and what comes back from the room, which is what they are accustomed to and what they like.”

The installed system design is relatively large and complex. Left/right mains are a mix of Yi8 and Yi12 loudspeakers, while the centre cluster has the same Y-Series components, plus flown Yi-SUBs and a J-INFRA. Fills include E8 loudspeakers at the top balcony, Yi7P and T10 for front fills, while the surround system uses over 60 4S and 8S loudspeakers.

d&b product manager Wolfgang Schulz comments: “The new installation amplifiers fit well into the design due to the parallel analogue and digital inputs. Since the system at the opera house is pretty complicated and redundancy is a really big factor, there is an analogue backup connection to the L/C/R arrays and SUBs as well. This gives a ‘worst-case scenario’ backup that can also be used for guest consoles.

“How does all that manage the different ArrayProcessing settings for the different show configurations? In particular, the opera has different physical positions and setup for the centre cluster. The current architecture demands separate ArrayCalc files for each setup; the above solution allows us to provide and use separate R1 files with their own ArrayProcessing. To switch between them, the user opens the correct R1 file and loads correct ArrayProcessing settings, and then checks that all settings have been correctly loaded into the amplifiers.”

Within ArrayProcessing, the degree of DSP can be selected using a fader nicknamed ‘Power and Glory’. At one extreme, the focus is on maximum SPL and system headroom (Power); at the other, a best match of the target level distribution and frequency responses (Glory). Sipilä comments: “We never even considered the Power option; Glory was in our opinion, the best option without compromise. This was proven when Andreas ‘Stanley’ Lönnquist together with Sakke Kiiski did the sound design to Phantom of the Opera. This was the first full musical at the opera house after the installation completed; the house audio team did all the installation work themselves. It was at the time the loudest show they had experienced and we still had 10dB of headroom at full Glory. They have another three fully amplified shows with over 150 channels this year, but we don’t anticipate ever running out of headroom.”

“The primary aim of the project,” concludes Liski, “was to make the listening experience for every seat in the house as perfect as modern technology will allow. What we have achieved has surpassed that goal because we can also physically reconfigure the system, putting loudspeakers at different positions to suit a variety of productions, and still achieve such ideal listening experiences.”